China sourcing agent has very obvious advantages in China. It should come as no surprise that China remains a manufacturing superpower despite growing costs. This notion is only growing more true as sourcing becomes more than merely chasing low costs. Other factors are increasingly driving competitiveness. While China is no longer the inexpensive sourcing haven it once was, it has earned a competitive advantage by enabling speedier, more efficient supply chains. 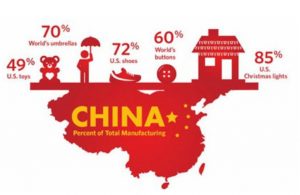 E-commerce and the internet have increased the spread of trends and the rate at which items are copied, making speed-to-market an increasingly important consideration. When it comes to fast-tracking your supply chain, China’s integrated supply chains represent a significant benefit. Its industrial ecosystems provide an unrivalled concentration of input suppliers, assembly plants, experienced labour, and service providers, all on a vast scale, and for a variety of low-tech, mid-tech, and even high-tech items. According to a European Commission assessment, China contributes on average 76 percent of the value of the commodities it exports (near to the EU’s 87 percent), demonstrating how little it rely on foreign inputs. This explains why commodities requiring several components, such as electrical goods, have remained mostly in China. If you’re merely getting faster at China sourcing the incorrect items, speed isn’t enough. What matters to unlock profitability is reacting promptly to customer preferences, such as making your purchasing and production more demand-driven to reduce inventory concerns and maximize your return on investment. Because of its manufacturing expertise,In China sourcing, vendors with flexible production settings and smaller batch sizes are easier to obtain than in other low-cost countries. Nearshoring, or shifting production closer to end-consumers, is another way to increase agility. Until now, this meant leaving China and moving closer to Europe or the United States. However, the global consumption epicentre is drifting eastward. According to McKinsey, Asia will account for 40% of garment sales by 2025. As a result, more companies may consider China for near-shoring rather than offshoring. 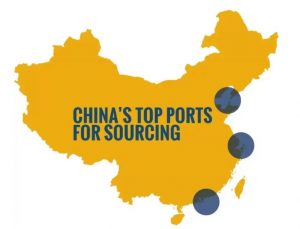 Consumer demand for ethically created items is growing, and the internet’s ability to build or break a brand’s reputation overnight is forcing China sourcing teams to prioritize social and environmental responsibilities. Because of China’s mature export business, finding inspection agencies and suppliers who are familiar with international compliance standards is quite simple. However, there is still pervasive corruption among inspectors and enterprises, and China’s progress in terms of social responsibility has been limited.Chinese workers, unlike those in Vietnam, Indonesia, and other countries, do not have the right to strike in order to seek improved working conditions. China, on the other hand, is making progress on the environmental front. Since 2017, the government’s anti-pollution effort has increased green tech investment while evicting thousands of high-polluting businesses. Nearly 2,500 factories have closed or relocated in Beijing alone. Of course, this green movement has disrupted supply chains. However, it is also making China a competitive destination. 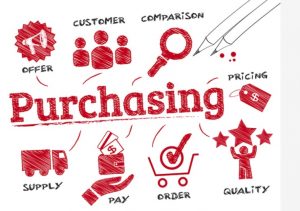 Finding good value at a fair price remains a China sourcing goal, even as other factors become more important. China has reached a point where its rising productivity and quality gains have partially offset the consequences of rising labour, property, and regulatory expenses. China’s increased productivity is mostly due to rapid automation. According to a Boston Consulting Group analysis, US carmakers deployed three times as many industrial robots as Chinese firms in 2011, but China caught up in just five years. China’s efficiency gains have also been aided by government-led investments in skills, infrastructure, and industrial upgrading. Improvements have been focused in China’s coastal regions, although this is beginning to change. Since 2012, the government has invested US$550 billion in western transportation and utilities, as well as increased incentives for enterprises to “move west.” Sichuan already manufactures one-fifth of all Chinese computers, and Chongqing is emerging as a major tech and automotive centre. China’s interior is developing as a low-cost, high-efficiency manufacturing option. Until a decade ago, China was the go-to destination for sourcing teams trying to “buy cheap,” but now it’s becoming more attractive to those looking to “buy good.”

Many buyers are unable to leave because of the outbreak. How to become the purchasing agent of overseas purchasers, or play the benefits of foreign trade businesses, for Made in China, especially those clients who need to inspect the factory but cannot come to China? We discuss four points in…

China Sourcing and procurement is not an easy job because there are hundreds of online platforms. Foreign trade is the business of international customers, and it is larger than the general business, that is, the quantity of goods traded is very large. Therefore, the most important point for many businessmen…